Competition that occurs in the business world in Indonesia is increasingly tight in Indonesia. One big contribution for Indonesia is the creative economy which consists of creative industries such as interactive games related to creation, production, agility, and education. Interactive game in the city of Bandung which some time ago was widely discussed, namely the escape room. The chosen escape room is PANDORA Experience. The concept promoted by PANDORA Experience is a strategy that is widely used by business people. This strategy makes the experience given by the company to its consumers as a core product in the field of marketing called the experience marketing. The research method used in this research is explanatory descriptive method where the purpose of the descriptive method is to collect data that describes the characteristics of people, events, or situations. While the explanatory method is used to explain the causal relationship between the variables through hypothesis testing. The method of data collection is done by studying literature from various sources, direct observation, interviewing parties related to the object of research, and distributing questionnaires to 120 respondents aged 16-30 years who have played PANDORA Experience. The data that has been obtained is tested using the classical assumption of multiple regression testing consisting of normality test, multicollinearity test, and heteroscedasticity test. In addition, multiple linear regression analysis and hypothesis testing were carried out to support the research process.
Keywords: Customers Satisfaction; Experiental Marketing; Consumer Loyalty; Creative Industry 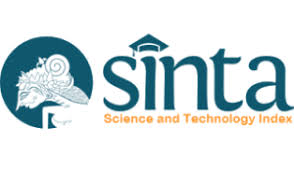